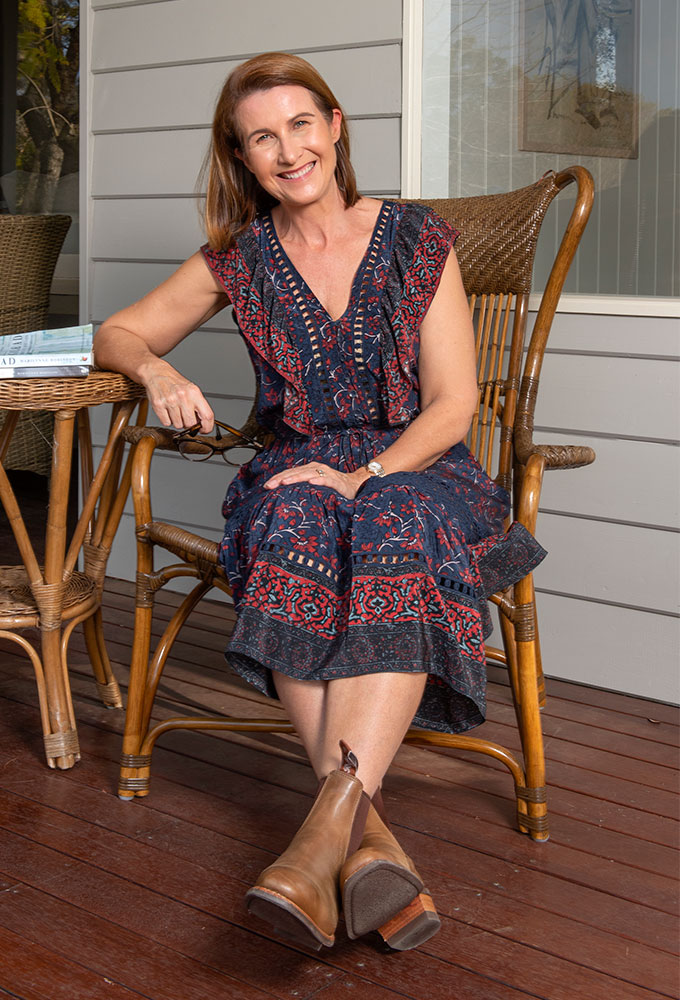 Suzanne Daniel is the author of the novel ALLEGRA IN THREE PARTS published by Pan Macmillan in Australia and New Zealand and released 28 May 2019. It won the Australian Independent Booksellers’ Indie Award for Debut Fiction 2020.

Her novel, A GIRL IN THREE PARTS is published by Knopf (Penguin Random House) in the US and Canada was honoured by the American Library Association Feminist Task Force 2021 for quality literature.

Suzanne grew up in 1970s Yowie Bay, Sydney and her childhood involved the bush, the bay and being surrounded by stories.

‘If there is one thread that connects the me of today with my childhood me, it’s definitely the fascination with a good story. My earliest memories have me under the wing of my grandfather reading a book, sitting at the dinner table with my mother reciting poetry, listening in as all the adults related great yarns to each other, begging for more details of my parents’ country childhood adventures and their boarding school experiences, and long car trips to our farm with my father inventing quirky stories and songs where my brothers and I would play a part in the show. I was taken to pantomimes, plays, ballets and musicals, and had drama lessons from an early age.’

While coming to novel writing well into her career, Suzanne has a sense that everything that’s gone before now has somehow prepared her for this next chapter. With a diploma in Drama, a degree in Communication and a Masters in Journalism, Suzanne has worked for ABC TV, The Sydney Morning Herald, The United Nations, BBC London, and in film production, crisis management and social services. An interest in business ethics led her to becoming a Vincent Fairfax Fellow (Ethics in Leadership) and ultimately to directorships with public company, community and philanthropic boards.

‘Whenever I wish I’d got started with fiction writing earlier I remind myself that without the layers of the years that I’ve lived, I probably couldn’t have written the layers within my debut novel. At this stage of my life, I not only draw from my own childhood and adult experiences but from the childhoods of my children. I know the mind space of a parent and feel I can project to that of a grandparent. I have studied broadly, travelled widely and worked in various careers.’

Suzanne wrote ALLEGRA IN THREE PARTS over a number of years in the gaps between work and family commitments. Moving between writing magical realism and researching history, to interviewing scores of people about their lived experiences, Suzanne was able to combine her love of creative writing with her training in journalism. Many times she wondered whether she was capable of even finishing a novel, so to have it published, and share it with readers, is one enormous thrill.

She is now working on a new novel for Pan Macmillan.